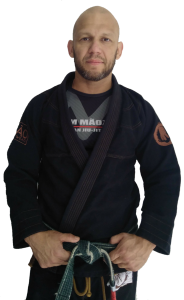 Daniel is a 5th Degree Black Belt under the famous Master Ricardo De La Riva. He is currently the highest ranking black belt in North Houston, and has over 20 years experience instructing a wide range of students internationally, from professional fighters to children.

Originally from Belém Do Para, Brazil, birthplace of the founders of Brazilian Jiu Jitsu Carlos & Helio Gracie, Daniel has lived around the world both teaching and competing in Jiu Jitsu & MMA.

Daniel believes that Brazilian Jiu Jitsu is valuable for everyone- not just athletes. It is one of the paramount forms of martial arts for both adults and children, as it instills discipline, confidence, and respect in those who practice.